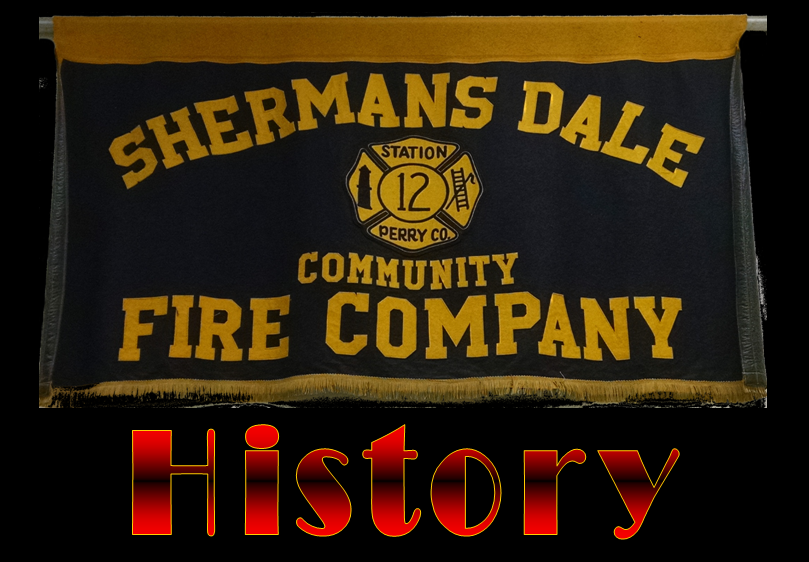 Although our history as a company is rather short compared to others, we have grown and expanded at an alarmingly fast rate. With the forethought and ingenuity of several individuals the drive for an efficient company was underway.

The Shermans Dale Community Fire Company was incorporated as a non-profit organization on September 16, 1952. One must recognize that at this time Shermans Dale was nothing more than a small village surrounded by an abundant farming community. While the village was much as it is today, the remainder has continued to grow. Housing developments, mobile home parks, and a small shopping district have slowly replaced the farmland. Also included is the ever-increasing flow of traffic on Rt.34, the main thoroughfare through Shermans Dale.

Prior to that September day, the individuals of the community realized they needed better fire protection, understanding that it had to be closer than neighboring communities could provide. All that was needed for this to get started was a strong backbone that the rest could work and manage off of. Miles Foote, William Brunner, Dick Shatto, Percy Smeigh, Geo Mongeon, Geo Richards, and Ray Stewart provided this solidarity. They provided and at times demanded a good work ethic that is still the inspiring motive present in today’s company and its members.

The company’s first piece of apparatus was a 1932 Buick coupe. They mounted a 250-gallon water tank in the trunk and strapped a ladder to the roof. Primitive as it sounds, this piece was used as the main piece for two years. Without a station to house this piece, it was kept in garages owned by Dick Shatto, Richard Schuchman, and Bill Brunner. After only about a year or so to get things established, ground was broken for a permanent fire station. So in 1954 things were well on their way. The building of the new station had to be accomplished in a very timely manner considering the company had decided to purchase a new 1954 Chevrolet / Darley Pumper. This piece would be able to pump 500gpm and carry 600 gallons of water. This piece cost approximately $7,200.00 and fully equipped the price tag rose to nearly $12,000.00.

In 1960 the company purchased a 1952 Ford tank truck that held 1000 gallons of water. With this the company added on to the firehouse for more room. Again space became a high premium for the company and it seems that’s the case today. Then in 1964 the company installed two-way radios to help improve their response time and overall efficiency. In 1965 the company bought a 1964 Chevrolet tank truck that could haul 1000 gallons of water. This would complete the company’s apparatus total for several years. Deciding that the time had come to upgrade again, the company in 1973 purchased a new Chevrolet / Darley Pumper. It could pump 750gpm and would be used as our primary engine. With this purchase came the need to add on to the firehouse, again. Once the addition was complete the firehouse would then be able to house 4 pieces in two bays. Then again in 1978 they purchased a new Chevrolet / Darley Pumper/Tanker that could pump 750 gpm and haul 1600 gallons of water. This then concluded the addition of apparatus for several years. 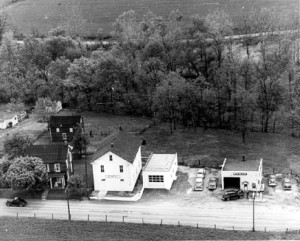 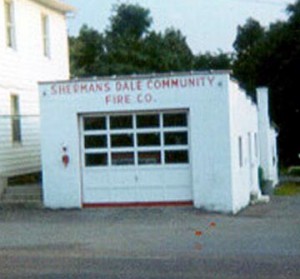 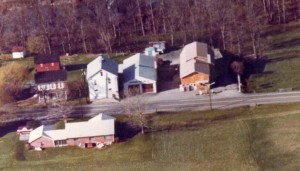 In 1985 the company purchased a Hendrickson / Darley Rescue/Engine. This would become the company’s primary piece on the majority of calls. It is able to pump 1000gpm and haul 525 gallons of water.

After only six years the company decided it was time to build a firehouse for the future. The blueprints were laid out and the groundwork begun. To do this the community hall and the house beside it had to be torn down. This was accomplished allowing us to add on to the existing firehouse. After a lot of hard volunteered work our present firehouse was built. There were so many people involved, it wouldn’t be proper to try and thank and list everyone. Only out of fear of missing someone, and that wouldn’t be fair to everyone involved, but the driving force had to be Don Shatto, and Vance Shearer. We truly tested the heart and attitude of the company with this long enduring project. While still managing to run our regular fundraisers we also spent many, many hours with this building, almost too many to count. But in the end we can truly say that we persevered and became stronger.

In 1995 the company purchased a GMC four door pick-up truck. This unit would be used as a utility and brush piece. No longer needing to rely on Chief Minich’s personal pick-up as our brush truck. Then in 2000 we purchased a 150-gallon Darley skid unit with a 200ft hose reel. Better equipping this piece for multiple functions. Next, in 1997 a Spartan / Darley tanker/pumper truck was purchased, it is capable of hauling 2500 gallons of water and pumping 1750gpm. For a few years things stayed pretty much as they were, and then in 2001 it was decided we needed a shop to do our service and maintenance as we do about all of our own repair work. With our building complete in 2005 we started looking at what laid ahead for our community, as the population rises and building construction changes, so does the way we must operate and provide service, thus the reason for our latest apparatus purchase. With townhouses and multi-story building being the future, in 2008 we put in service a KME 100ft Quint with a 1750 GPM pump, and 600 gallon of water. The total package with all the portable equipment cost us nearly $800,000.00. Without our municipal support it would be almost impossible to give this kind of protection to our community and our surrounding area, and we thank them for the assistance. This brings us to our present day apparatus total, two engines, one rescue, one tanker, and a utility. Oh yeah will still have the 1954 Darley Pumper (retired) and display it proudly.

The company has had only five fire chiefs in its history. They are and always have been the strong willed leader of this company. They have always set a good standard of excellence that we have followed for the life of the company. The first two years the duty of chief was split among three guys, Dick Shatto, Bill Brunner, and Floyd Vaughn 52-53. Then, Dick Shatto 54-72, Walt Kirk 73-74, and Mike Minich 75-Present. All five men have managed to lead this company to where we presently are today. All five contributed something to this company that the other members have been able to work off of. Traits that have built the heart and soul of the company.

As the population continues to rise, so do our call totals every year. Thus making us have to work harder at raising money so we can provide the best maximum protection to our communities and their citizens. With the help from these townships and their citizens our work is somewhat lessened. We owe them all a great deal of gratitude.

With the company being started out of the community, we strive to serve them the best way we were taught and know how too. The only differing feature between 1952 and present would be that the countryside has changed. But the same as in 1952 we today look to send this company a long way into the future, protecting and serving what made us in the beginning. We are still working and managing off the same backbone that was created back in the very beginning. 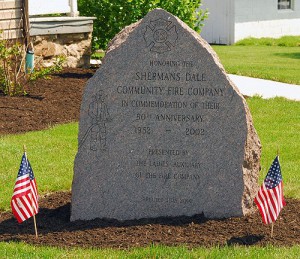